Contract concluded with the Polish supplier of welding materials for the supply of a complete line for the production of basket spools (BS) for welding wire. The project is scheduled for 2 years. All automation will be performed on Omron products, pneumatics – Festo, drives – Lenze.
April 20, 2018

The project “Basket Spool” has been completed

Our engineers have put into operation automatic machines for the production of Basket Spools. On these spools a row winding of the welding wire will be carried out . The equipment is intended for the manufacture of spools BS300 (15/18 kg) and BS200 (5 kg) from 4 mm wire. The capacity is 30 spools per hour. The duration of the project – from the technical task to the launch in production – 2 years.

In the central part of Lviv, an appropriate premises for the performance have been found. The exposition consists of a pedestal with four columns of arches, between which there is a show-window and four armchairs around it. At the showcase under impact-resistant glass, a jewelry decoration is presented on a special stand. Structurally, the showcase has a smaller lower part – a safe, and the upper part – in the form of a glass pyramid. Under the bottom and on the side walls of the safe mounted granite slabs. In the lower part of the pyramid there is an electric round hatch. During the action at a certain moment the hatch opens and rises the pedestal with a jewelery, slowly rotating around the axis. Upon completion of the show, the decoration goes down and the hatch is securely closed. All automation and mechanisms of lifting and rotation of the stand, opening/closing the hatch are located in the safe. 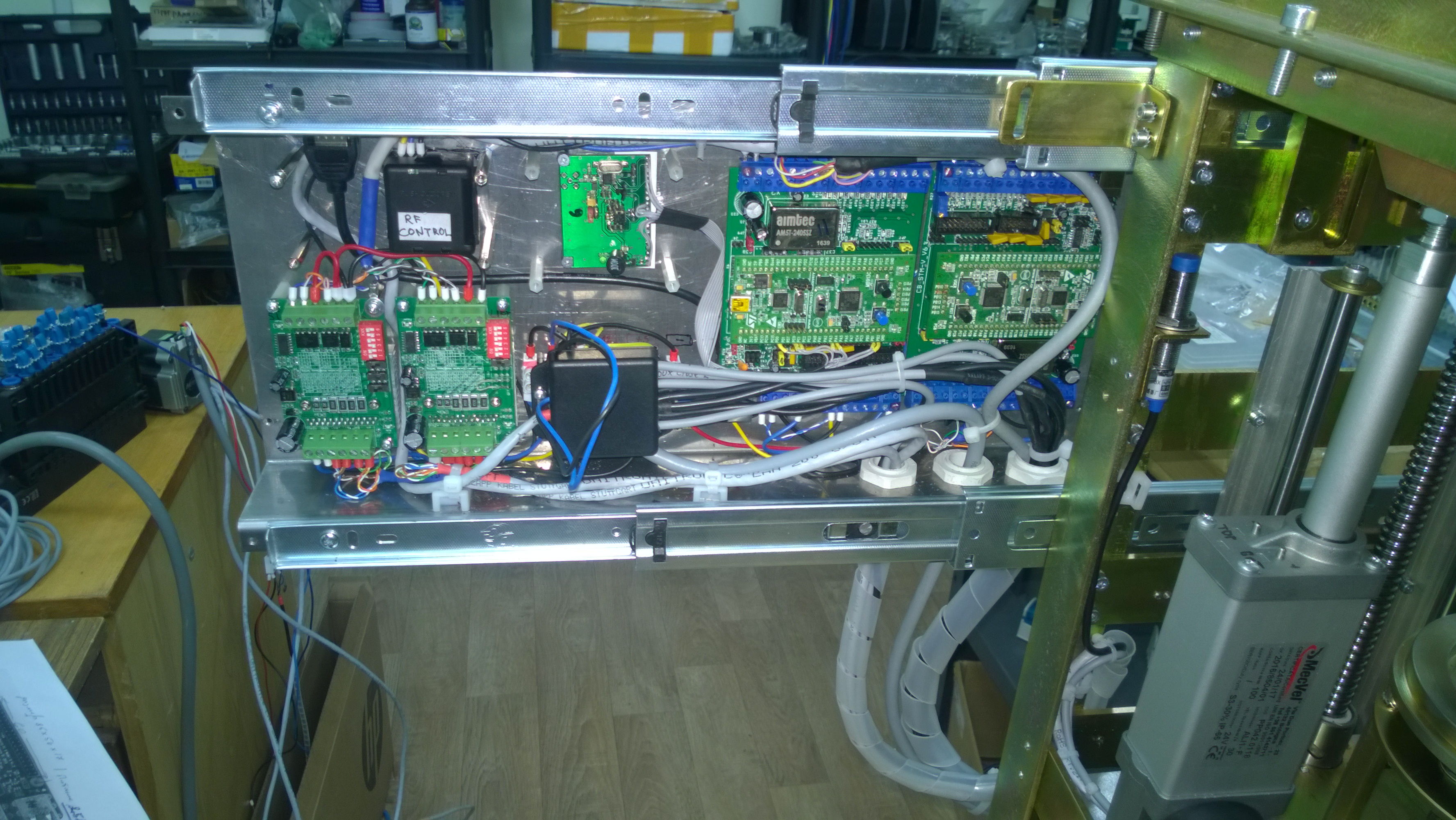 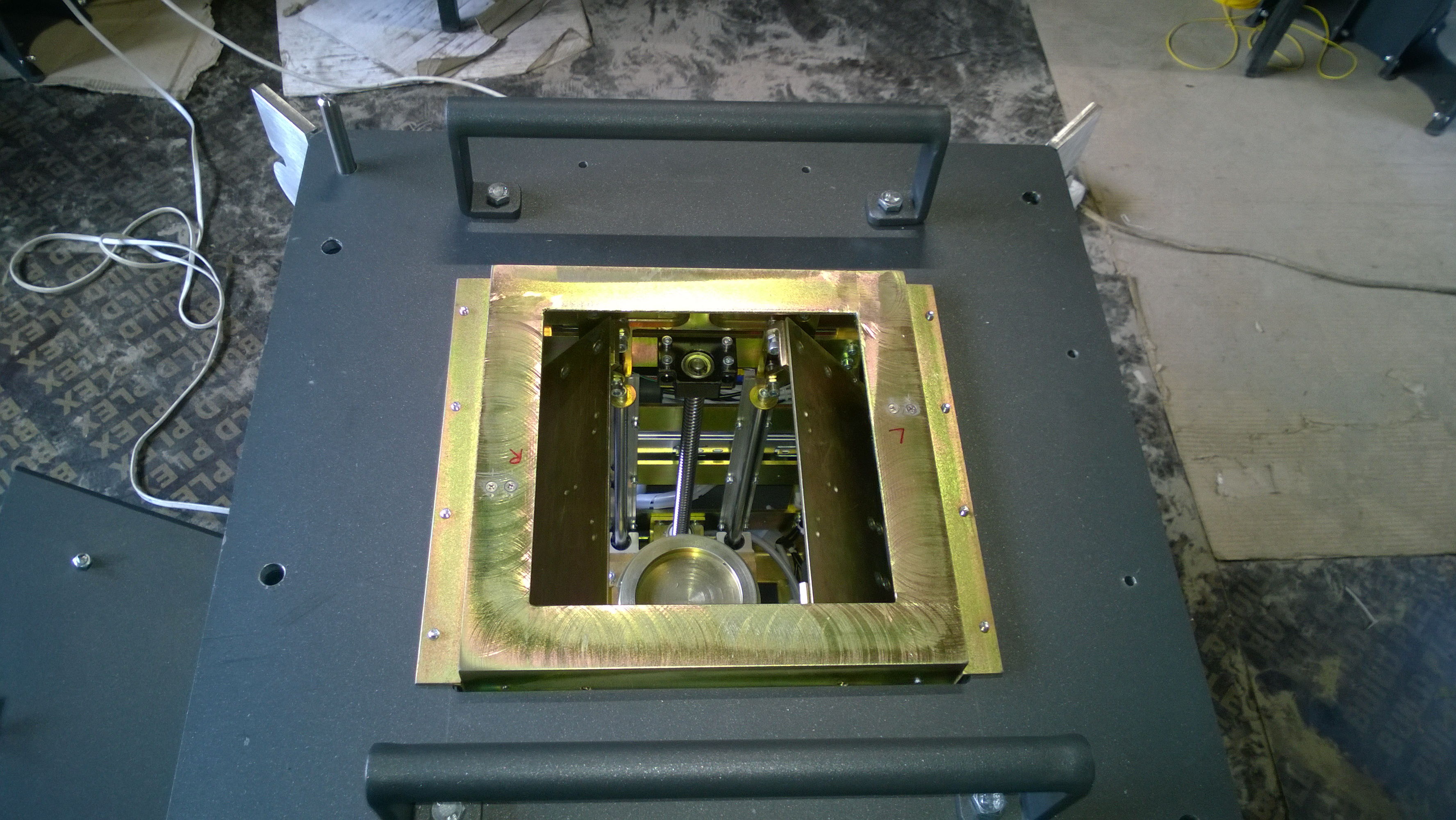 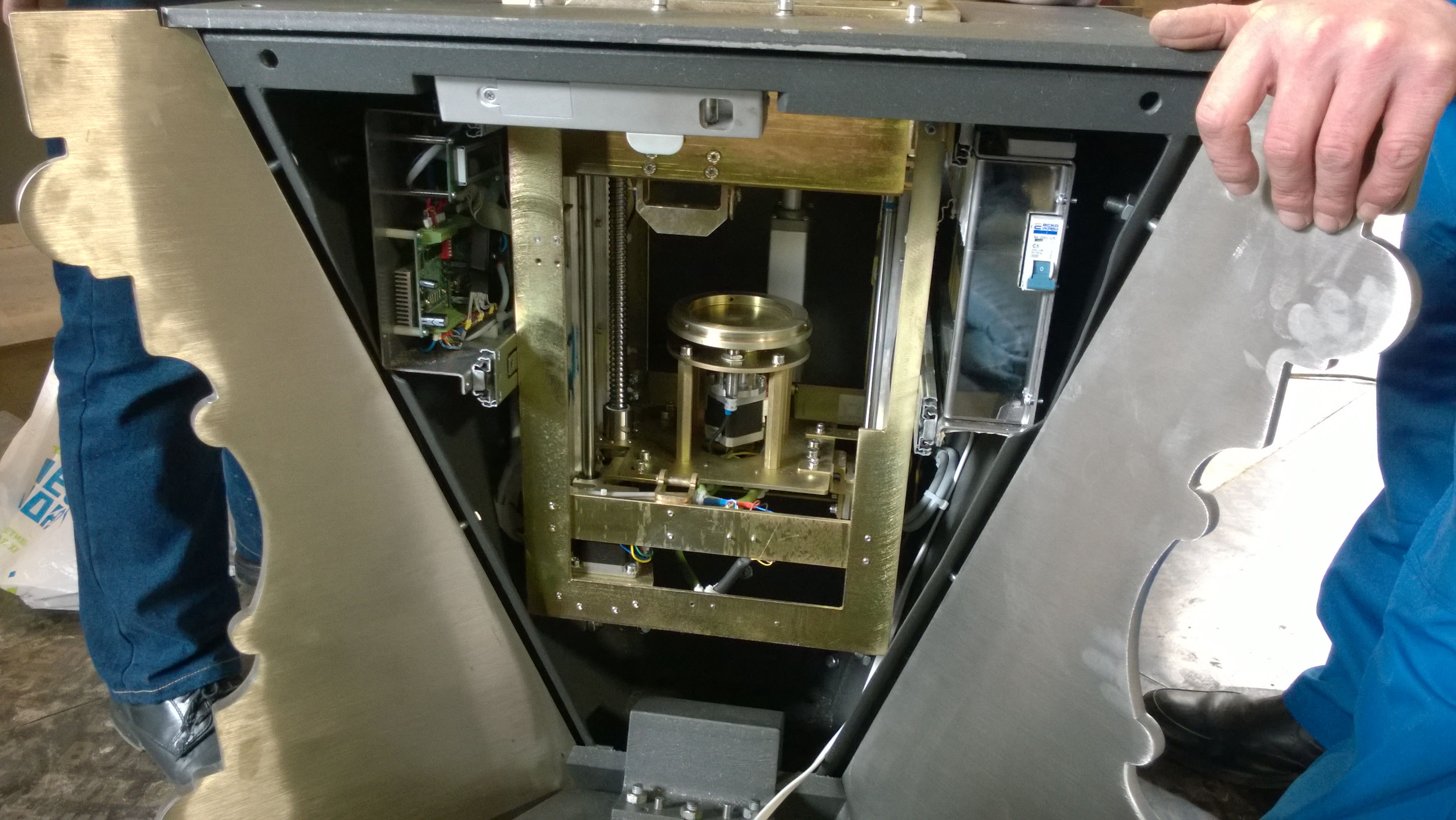 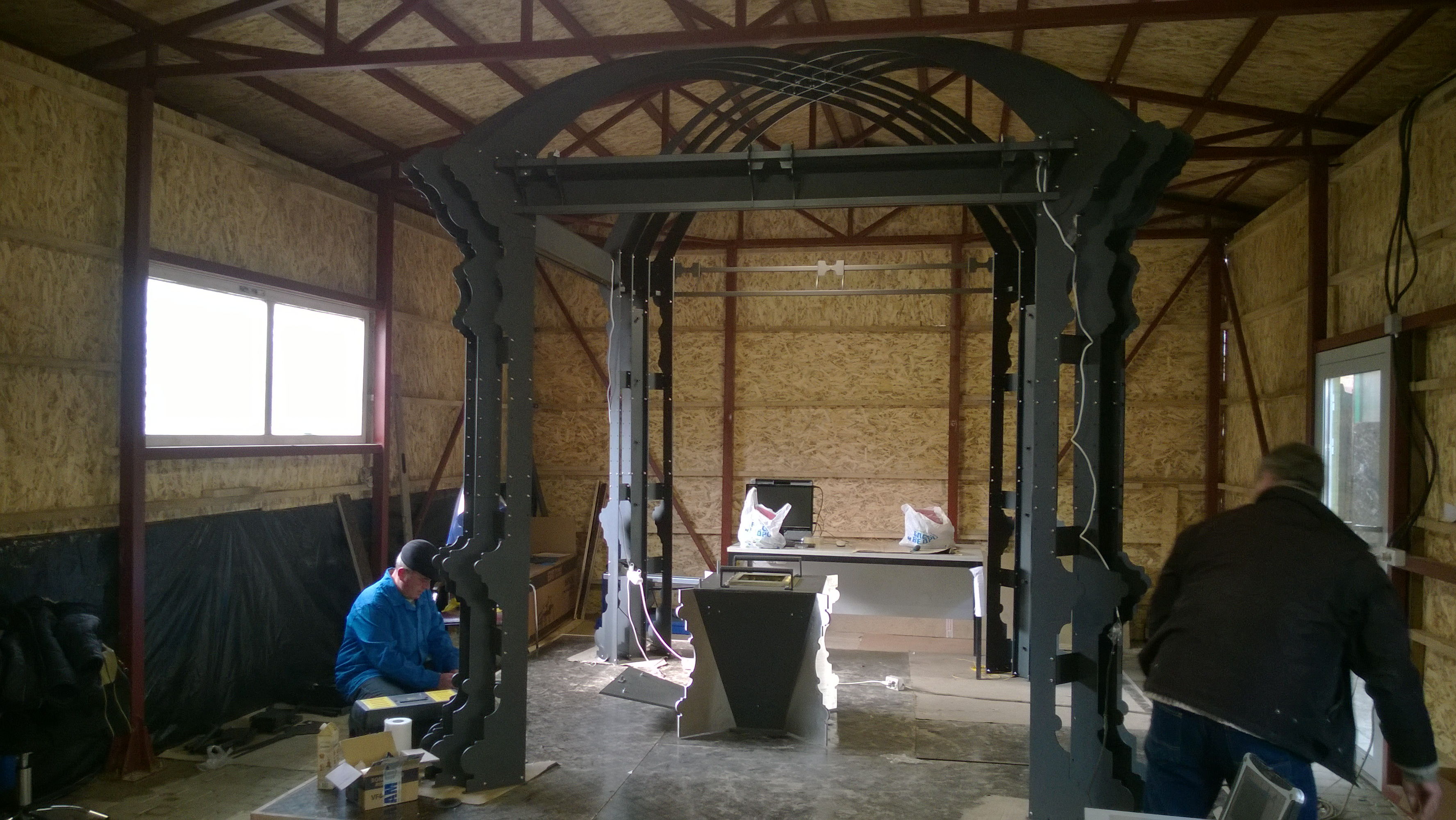 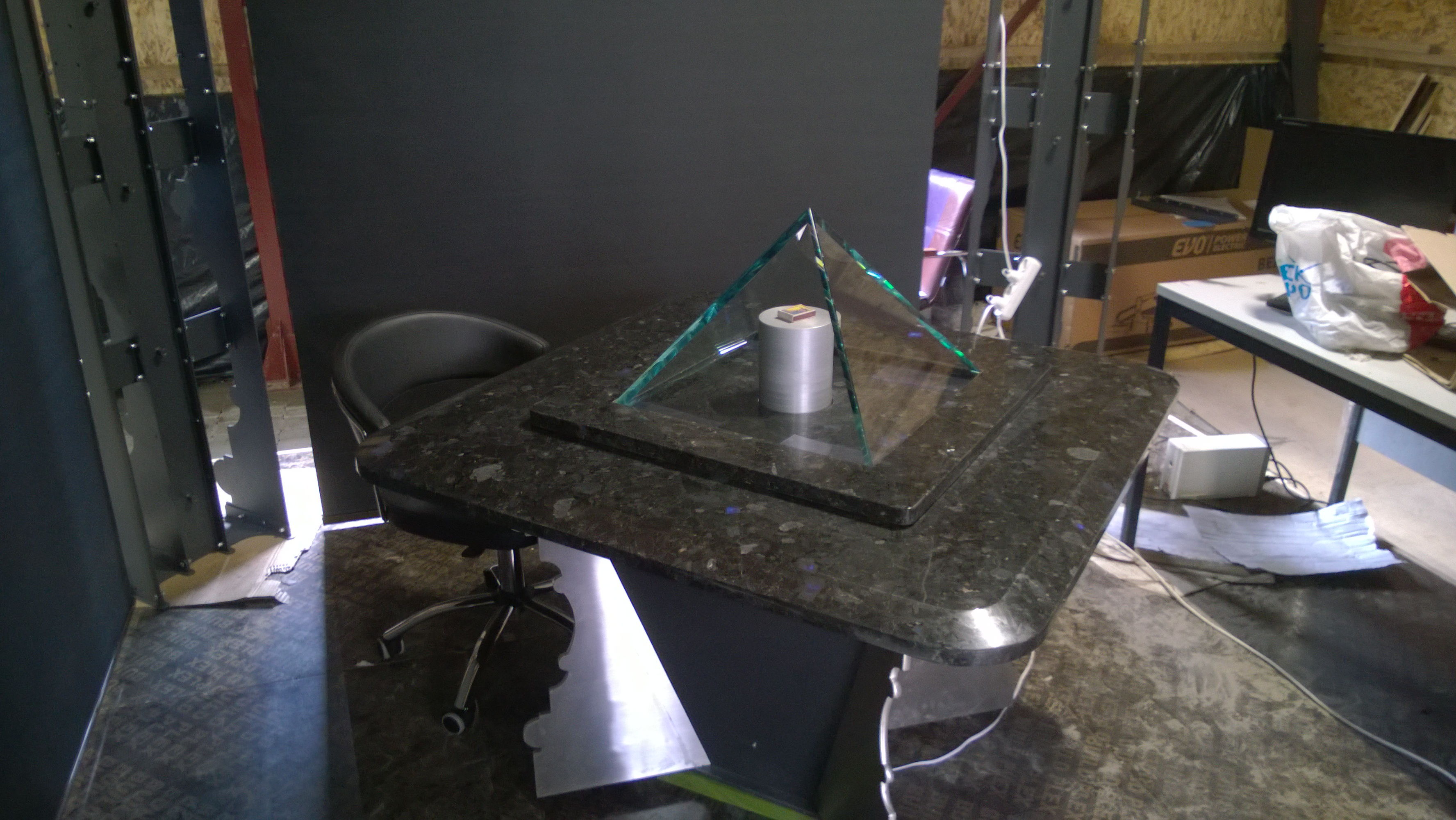 Electricity from the sun

We have developed and installed the first solar power for private household, whose capacity is 3 kW. Solar Power Station CE-03K provides independent power for house and the accumulation of electricity through “green tariff”. All switches are made automatically. 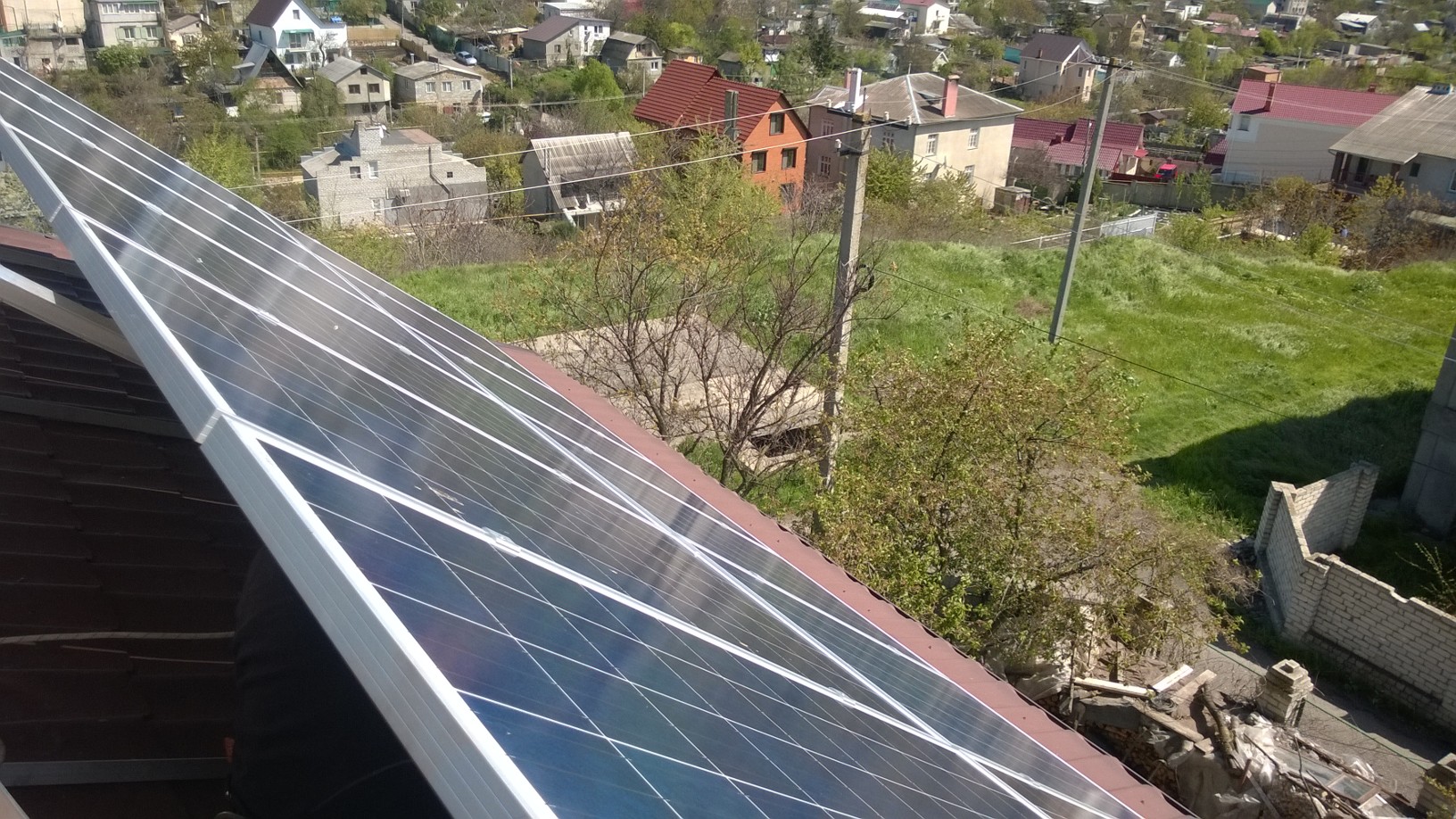 This video can be watched indefinitely

No robots were harmed in the making of this video:
Źródło: https://www.youtube.com/channel/UC7vVhkEfw4nOGp8TyDk7RcQ

The new generation of British robot Cubestormer 3 set a new world record assembling Rubik’s Cube. The device coped with this task in just 3,25 seconds, and a corresponding entry was made in the Guinness Book of Records. For comparison, the human record of assembling the cube – 5.55 seconds. Interestingly, the robot is almost entirely made up of designer Lego. Although there are intelligent electronics. Smartphone Samsung Galaxy S4 analyzes the image of cube and gives the commands to manipulator. Microprocessors ARM 9 control the movements of the robot.
Źródło: http://24tv.ua

Robot makers at Boston Dynamics have unveiled their latest military-funded creation: a four-legged machine called WildCat that bounds and gallops across the ground in an uncannily animal-like way. A new video shows off the robot’s ability to run to at 16 mph (25 km/h) on flat surfaces. Boston Dynamics has not released much new information on their new bot, but a caption on the company’s YouTube page says WildCat will eventually be able to run quickly over all types of terrain.     WildCat is a free-running version of one of Boston Dynamics’ earlier quadruped creations called Cheetah, a frighteningly fast robot that could sprint, on a treadmill at least, up to 28.3 mph (45.5 km/h). That’s 0.5 mph faster than Usain Bolt, the world’s fastest man. Though WildCat is slower than its predecessor for now, it is does not need to be tethered to a treadmill to strut its stuff.
Źródło: http://www.livescience.com/40196-wildcat-military-robot-video.html